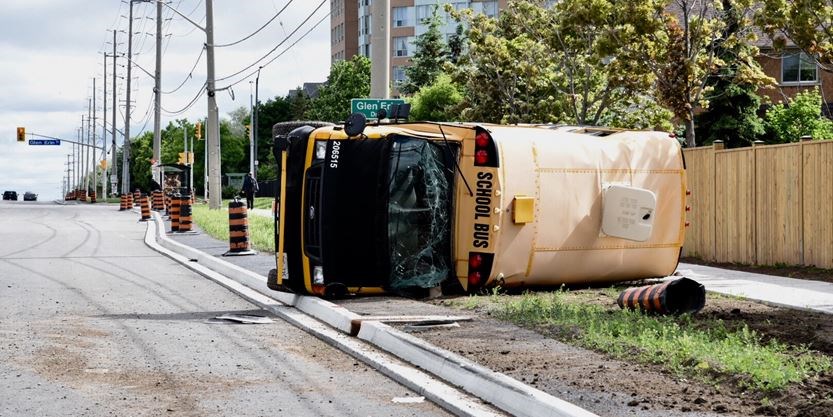 Three children under the age of 12 have been taken to a local hospital with minor injuries after their school bus flipped onto its side on Britannia Road at Glen Erin Drive Monday morning (June 4), Peel Regional Police report.

Police said it was a single-vehicle crash. Britannia Road eastbound was re-opened around noon after the service’s Major Collision Bureau concluded its scene investigation. There were only the three children and the driver on the bus at the time. With the bus tipped onto the driver’s side, the children would have had to use the escape exits to get out. The escaped hatch on the roof was open, and the front windshield was smashed.

All of the children’s parents have been notified, and the parents are all at the hospital, according to Dufferin-Peel Catholic District School Board spokesperson Bruce Campbell.

Police said the incident happened around 8:05 a.m. The bus was destined for Divine Mercy Elementary School about 4 kilometres away on Duncairn Drive.