MiNews
Home MISSISSAUGA Sue McFadden is out as chair of the Peel Regional Police Services... 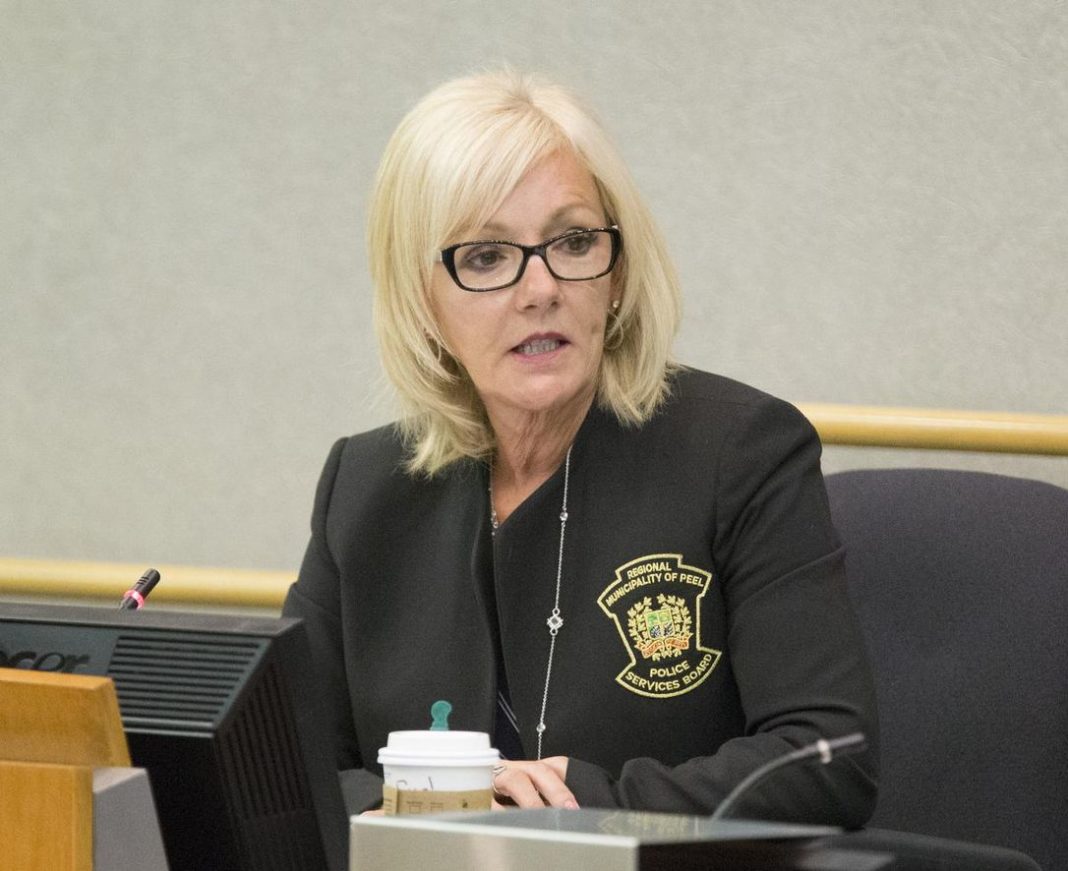 Thursday July 19, 2018, shocked many in the political and policing communities, none more so than McFadden, the councillor for Ward 10 in Mississauga, who didn’t mince words in a statement Friday expressing her disapproval and frustration with the decision.

“I am thoroughly disappointed with the unilateral action taken by the Peel Police Services Board to purport to remove me as chair of the board at its hastily-called special meeting,” she said

The texts were sent by Parrish to McFadden, following a public meeting in Malton Feb. 15 about closing the community police station in that area.

Ward Councillor Carolyn Parrish texted to McFadden about a new appointment in police.

In one of them to McFadden, Parrish states, “It seems being black and female qualifies people for promotion which is dead wrong,”