MiNews
Home MISSISSAUGA Mississauga wants out, but saving Peel is the most appealing option: James 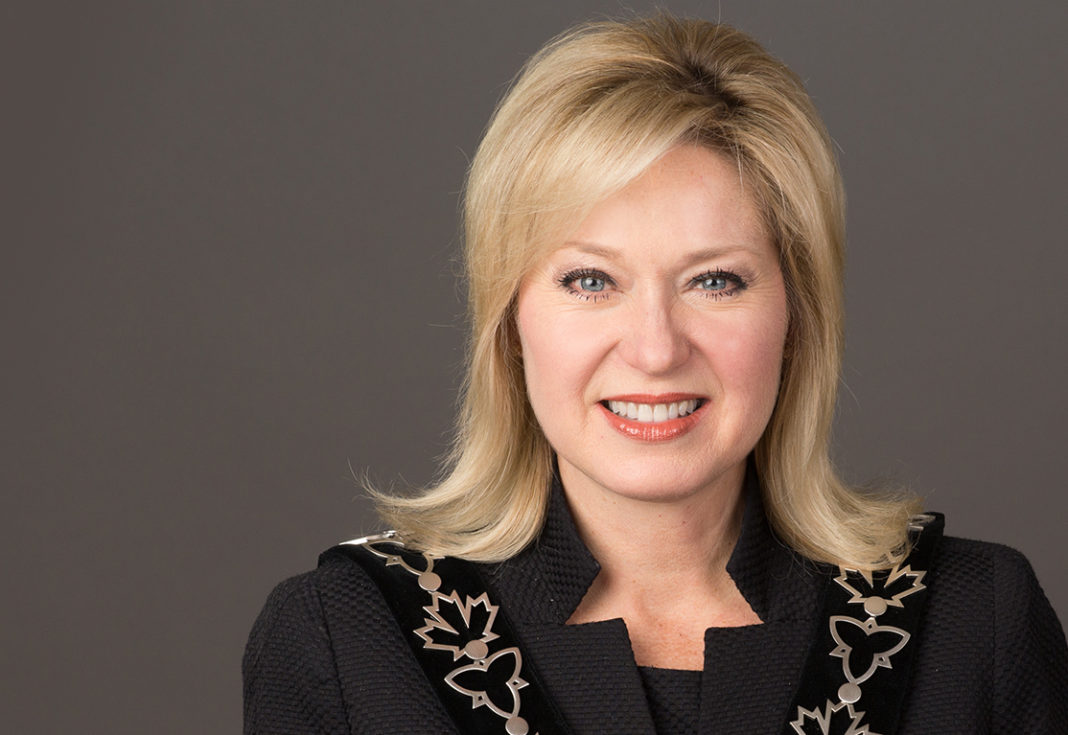 To the outside world it’s a match made in heaven, a picture-perfect, four-decades-old municipal union that garners awards and praise for government efficiency and excellence.

But internally, Mississauga, Brampton and Caledon are locked in an intractable civic conflict that threatens to break up the Region of Peel.

Mississauga Mayor Bonnie Crombie wants out, taking her nearly 800,000 residents with her, to create a single autonomous city like Toronto. She’s tired of subsidizing her siblings.

Brampton Mayor Linda Jeffrey wants in — but only if her more than 600,000 residents get more power. Canada’s fastest growing city could reach 1 million by 2041. It’s Brampton’s turn to rise on the collective wealth of the GTA’s second most powerful region.

“Get over it, guys. Let’s move on,” Thompson said after Crombie and Jeffrey traded barbs last week over the potential breakup. “Let’s stick with the vision that (former premier) Bill Davis set” in creating regional governments.

Fat chance. The latest skirmish sprang out of nowhere, it seemed, but has deep roots. Peel Region council — which delivers cross-border services, such as police, waste management, social services, ambulance and social housing — has just approved a facilitation process involving Crombie, Jeffrey, Thompson and Regional Chair Frank Dale. Goal? Find fixes that all parties can stomach, if not love, and report in June.

But even as she is consulting with the facilitator, Crombie throws a grenade into the room. In effect, she says: I’m talking, but I’m walking.

Jeffrey likens Crombie’s stance to a married couple engaged in counselling and one party wants the boyfriend to sit in on the sessions.

“Brampton was there to help Mississauga as they grew and built out,” Jeffrey says. “Now, as infrastructure investments are needed in Brampton, our largest partner wants to cut and run.”

“I want to control my own destiny,” Crombie counters. “Mississauga is an edge city, not a bedroom community. We are the third largest city in Ontario, the sixth largest in Canada. It’s time to leave home, mom and dad. I can stand on my own feet.”

It’s an old declaration of independence — trumpeted ad nauseam by legendary Mayor Hazel McCallion, whom Crombie succeeded in 2014 — and backed by a large majority of city residents.

But successive governments at Queen’s Park refuse to heed the calls for the breakup of Peel. Other municipalities are watching and would ask for similar action. Still, the dispute isn’t going away.

At risk are 1.4 million people west and north of Toronto and a regional government system that has made Toronto and its environs a model of Canadian capacity to share the tax wealth among rich and poor towns and cities, and help each other grow.

There are legendary U.S. examples of tax-rich counties right beside tax-poor counties; where they refuse to share the tax base and the result is Third World quality schools next to excessively resourced ones; and the disparity in social and recreational services is so pronounced as to be a scourge on the landscape and the psyche.

Imperfections aside, regional government is Ontario’s gem of a solution. What’s needed in Peel Region is civic reform and a governance renovation, not demolition.

The obvious place to start is with Caledon — the proverbial tail wagging the municipal dog.

Peel Region was formed in 1974, along with York, Durham and Halton, to manage the big-ticket cross-border services. From the outset, the marrying of rural Caledon to its growing and ambitious cousins presented a problem. Using the standard principle of representation by population, Caledon would have had just one seat on the council of 21 members. It was given five seats and that has galled its siblings ever since.

Thompson argues that most democracies function on a modified principle of representation by population. That’s why P.E.I. and Newfoundland have more seats in Parliament than their population suggests. But the Peel numbers are stunning.

Mississauga has just over half of Peel’s population and appropriately has half the votes on Peel council, but pays 60 per cent of the costs. That chafes.

Caledon has more than half the land space in Peel, is larger than Toronto but is more famous for its horse stables and estates. The locals — older, more affluent, less diverse than their neighbours to the south — like it this way. Some 80 per cent of the land mass is Greenbelt-protected. The rest may be large enough to hold Brampton, but the town doesn’t relish the coming development mandated by Queen’s Park.

“We are built out; we are urbanized. They are reluctant to embrace development,” says Crombie. “There are available partners that are more logical,” she says.

Jeffrey concurs: “It makes sense to have people who are equals at the table. One of the partners is pretty much stalled and resents growth and wants to stay rural. It’s challenging. We’re all coming from a different perspective.”

Clearly, Caledon wields disproportionate power. Change that formula and Brampton’s complaints disappear. Put in trigger points that change the political power as population and tax wealth change and the only dispute that remains would be Mississauga’s aspiration to secede.

That is essentially a financial calculus. Mississauga figures it can save tens of millions a year — money it needs now that the gold mine that was development charges has dried up and the city has to finance big-city needs, most notably transit.

Conversely, the breakup would add millions to Brampton’s costs — just when the city most needs Mississauga as a partner. And the impact on Caledon might be catastrophic.

“It may cost too much to have a civilized divorce. Now it works and it works well. It’s not perfect, like all families,” Jeffrey says. Fix the political imbalance that gives Caledon too much voting power and much of the animus will dissipate, she says.

Breaking up the region would be “a huge decision. The ripple effects would be felt across the province. Everyone is watching.”

Acceding to Mississauga’s “aspirational” musings is near impossible, without putting Caledon at risk and/or devising complicated funding relationships to ensure cross-border services don’t get broken up along municipal boundaries.

Take social services, for example. For a long time the only shelter for homeless youths consisted of 14 beds in Mississauga. There are 187,000 youths aged 15 to 24. On Thursday, Peel Regional council approved the fast-tracking of 30 shelter beds in Brampton, no less. A day earlier, Jeffrey pointed to this as an example of why Brampton gets shortchanged and why the city’s urban vision is at odds with the likes of Caledon.

But Peel council’s decision shows that with advocacy like hers, matched as it is by Crombie and Thompson, the entire region can be brought into the modern urban reality of the GTA.

Shelley White, head of the United Way of Peel, says the new mayors all have a deep social conscience and this is dragging Peel council into line with the needs on the ground. Finally.

Most agencies the United Way funds are regional in scope. A breakup of Peel into three cities would “make it extremely challenging. It’s extremely important to keep this together.”

With Ontario’s history, there is little chance that the creation of single cities in Brampton and Mississauga would doom citizens in Caledon to American-style social dysfunction. There are models that allow municipalities to create cross-border boards and agencies to deliver police, ambulance services, housing and transit.

But why? What’s the pressing need here — especially when the current system works well, except for political representation.

If Peel Region chair Frank Dale were elected and carried a mandate to serve the entire region, he might be the honest broker here. As it stands, the former Mississauga councillor, appointed by council, must coddle consensus instead of lead, has no gravitas, radiates no force-field strong enough to have an impact on the debate. So, the three factions flounder on a matter needing resolution.

Mississauga’s civic aspirations are laudable, inspirational even. But as Peel’s richest, most mature partner, Crombie and her residents are needed to push the entire region through the next planning horizons — strong and intact.

By then, other solutions will emerge and options for independence will crystalize.