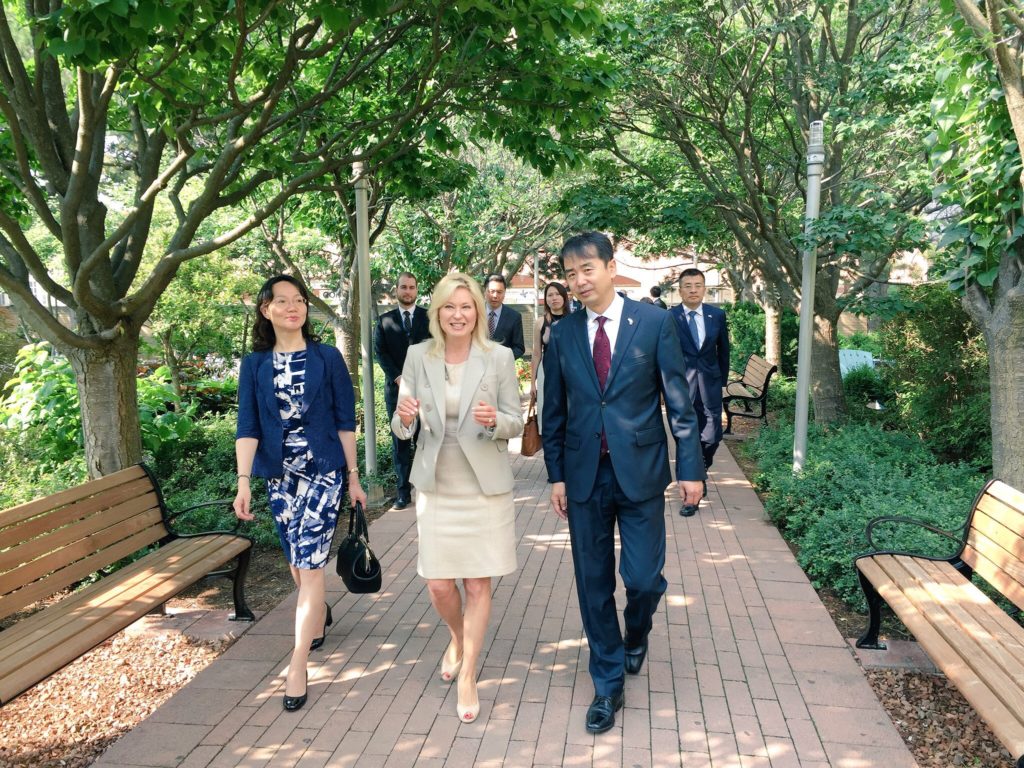 On behalf of the Members of Council and the team of professionals from the City of Mississauga, I would like to formally welcome Consul General He Wai to Mississauga, Canada’s sixth-largest city, Mayor Bonnie Crombie said today.

Mayor Crombie made the comments during the first official visit of China’s new Consul General to Toronto, Mr. He Wai, who was accompanied by his wife, Mrs. Susan Chang. Consul General Wai was appointed to his new diplomatic post in the spring of 2017, replacing Xue Bing, who Mayor Crombie also met with.

Mississauga is proudly home to an active, engaged and thoughtful Chinese population of over 60,000 men and women of Chinese descent. Chinese residents, who have recently immigrated to Mississauga, represent nearly 22,000 people.

Mayor Crombie added “Mississauga’s Chinese community continues to be a powerhouse of hardworking, thoughtful and accomplished professionals who continue to give back to our City in a number of different leadership roles and especially as accomplished entrepreneurs and business owners.”

Leadership from The Mississauga Chinese Business Association (MCBA) took part in the official visit, which included an economic development roundtable discussion with City of Mississauga staff, Ward 6 Councillor Ron Starr, and other stakeholder groups. Following the roundtable discussion, MCBA hosted a luncheon and question and answer session with Mayor Crombie and Consul General Wai on city-building issues including foreign-direct investment and retention.

“It’s no surprise that one of Prime Minister Trudeau’s made visiting China a priority after being elected and that Governor General David Johnston just returned from a visit to China, one of his final foreign missions as Canada’s vicegral.”

Mayor Crombie concluded “Strengthening connections with global communities will better prepare us to welcome international delegations of incoming trade missions to Mississauga and open our borders to new and exciting investments that will strengthen the City’s tax base which better allows Council to invest in the quality public services we all rely on like building transit.”

In 2016, Mayor Crombie presented her State of the City Address at an event organized by MCBA. Mayor Crombie will present her 2017 address to MCBA members this fall.