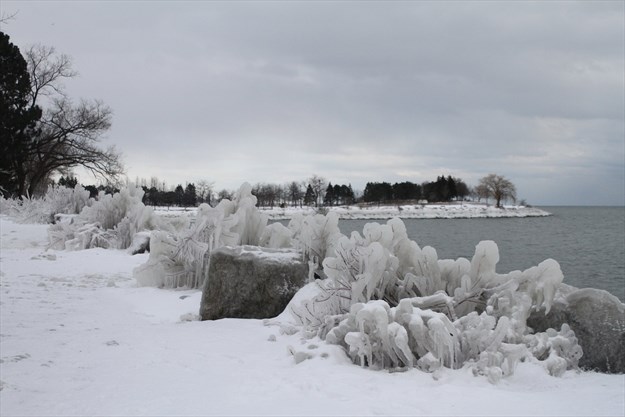 Environment Canada has issued a special weather statement for Mississauga and Brampton, warning of lots of snow and cold temperatures that will make for icy roads and parking lots.

“Southwestern Ontario and the Golden Horseshoe is expected to be on the northern fringe of a major winter storm tracking south of the Great Lakes this weekend,” the national weather agency said in a special statement Thursday, Jan. 17.

Periods of snow associated with this storm will begin Saturday morning and taper off late Saturday night.

The latest analysis suggests that snowfall amounts will range from five to 10 centimetres near Lake Ontario and two to five centimetres north of Highway 7.

“Bitterly cold” temperatures and winds gusting up to 60 kilometres per hour will accompany the snow, resulting in windchill values in the -20 C to -30 C range that will continue into Monday morning, according to Environment Canada.

“Blowing snow will also be an issue Saturday, resulting in reduced visibility at times,” the special statement reads.