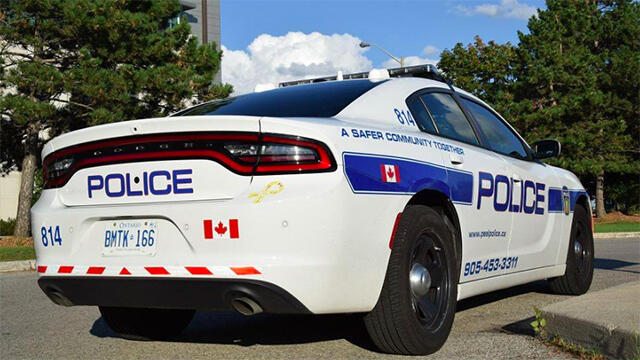 Investigators with the 12 Division Criminal Investigation Bureau have arrested and charged a 28-year-old Ajax man with attempted murder in relation to a shooting incident that occurred in September 2020 in the City of Mississauga.

On Thursday, September 24, 2020, at approximately 5:55 p.m., a 39-year old man was in his vehicle, parked in a plaza lot near Hurontario Street and Fairview Road in Mississauga. The suspect vehicle entered the parking lot and an occupant began to discharge a firearm at the victim’s vehicle. While the victim fled the area in his vehicle, the suspect continued to shoot at him, causing further damage to a nearby vehicle in the parking lot.

As a result, no one was physically injured. Investigators identified a suspect and issued a Canada-Wide warrant on October 7, 2020.

On Sunday, January 31, 2021, investigators arrested and charged 28-year old Ahmed Alda-Amsa with Attempted Murder at Toronto Pearson International Airport as he was returning to Canada from an external country. He was held pending a bail hearing that occurred on Monday, February 1, 2021.