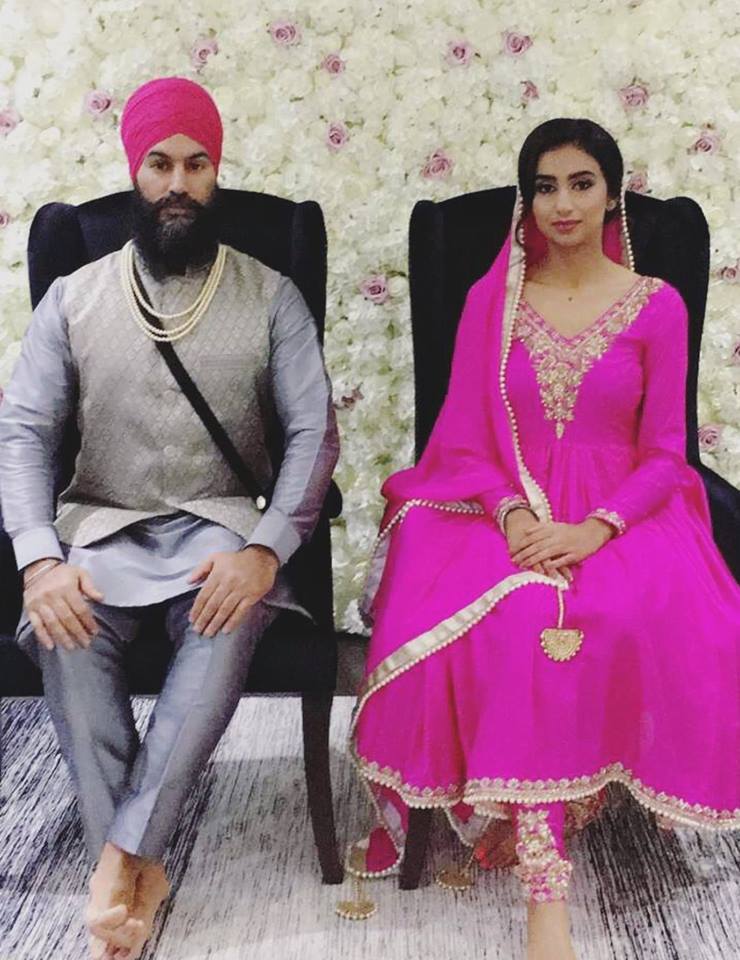 NDP Leader Jagmeet Singh might soon be married as social media posts show him adorned in traditional Punjabi dress at a ceremony usually held in advance of a wedding.

A spokesperson for Singh said Monday the event should not be labelled an engagement but rather simply a “celebration of families meeting for the first time,” where gifts are exchanged and a dinner is held. Despite some other reports, the two have not yet been married.

Singh is pictured alongside Gurkiran Kaur Sidhu, a co-founder of Jangiiro, a firm that specializes in “new-age” Punjabi clothing. A Toronto-based wedding photographer, Gagandeep Singh, posted a shot of the two posing together with the caption “Congrats to the future Prime Minister of Canada @jagmeetsingh & the future First Lady @ginu_sidhu on their Rokha!!

A roka is a traditional ceremony that precedes a Sikh wedding. The word means “to stop,” signalling it is time to stop the search of partner as a match has been found. The two have been dating for some time, the spokesperson said, and this is simply the next step in their relationship.

ABOUT US
MiNewspeel is your news, entertainment, music fashion website. We provide you with the latest news and videos straight from the industry.
Contact us: contact@minewspeel.ca
FOLLOW US
This publication is published by MIDLAND PUBLISHERS INC.
Corporate Address: 401-50 Burnhamthorpe Rd. West. Mississauga, Ontario L5B 3C2 Canada.
Phone 1(905)230-3647
Email : info@lepolitician.com
© MiNewsPeel.