MiNews
Home MISSISSAUGA Mississauga City Council approved in principle the introduction of a four per... 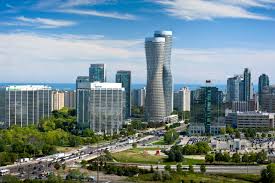 On Wednesday, November 1 at General Committee, Mississauga City Council approved in principle the introduction of a four per cent hotel tax effective July 1, 2018. The new tax is a result of Bill 127 which the Government of Ontario passed earlier this year. The Stronger, Healthier Ontario Act (Budget Measures) 2017 allows municipalities to charge a transient accommodations tax also called a hotel tax.

Mayor Bonnie Crombie said “This new revenue tool is an opportunity for the City of Mississauga to generate important funds that will be reinvested in an accountable, transparent and dedicated way toward undertaking important city-building initiatives to grow and diversify our local economy, strengthen our tourism industry and showcase our many celebrated attractions, festivals, heritage, culture and businesses.”

The four per cent hotel tax rate is consistent with the rate being considered by the City of Toronto. With Mississauga and Toronto being near to each other, applying a similar rate in Mississauga would ensure local hotels continue to be competitive.

The City estimates that the tax will generate approximately $9.8 million annually, 50 per cent of which will be shared with Tourism Toronto to promote tourism in Mississauga. The City and Tourism Toronto will use hotel tax revenues for tourism-related activities such as implementing recommendations from the Tourism Master Plan, developing and maintaining tourism-related infrastructure, improving programs and services and for Economic Development initiatives.

“Mississauga hotels are essential to our tourism activities and it’s important for them to know how the City is going to use the money it collects,” said Pat Saito, Ward 9 Councillor and Chair of the Mississauga Tourism Advisory Board. “We are already working closely with Tourism Toronto to build tourism in Mississauga. Our goal is to use the tax to attract more visitors and generate more hotel stays all of which will make our local economy stronger.”

During the coming months, City staff will meet with hotel industry stakeholders to help them understand the hotel tax and prepare for the July 1 start date.

In addition to hotels, the City will also explore the possibility of introducing a similar tax on private short-term vacation rentals.

The recommendations will go to Council for final approval on November 8 and a final report is expected to go back to General Committee in January 2018.