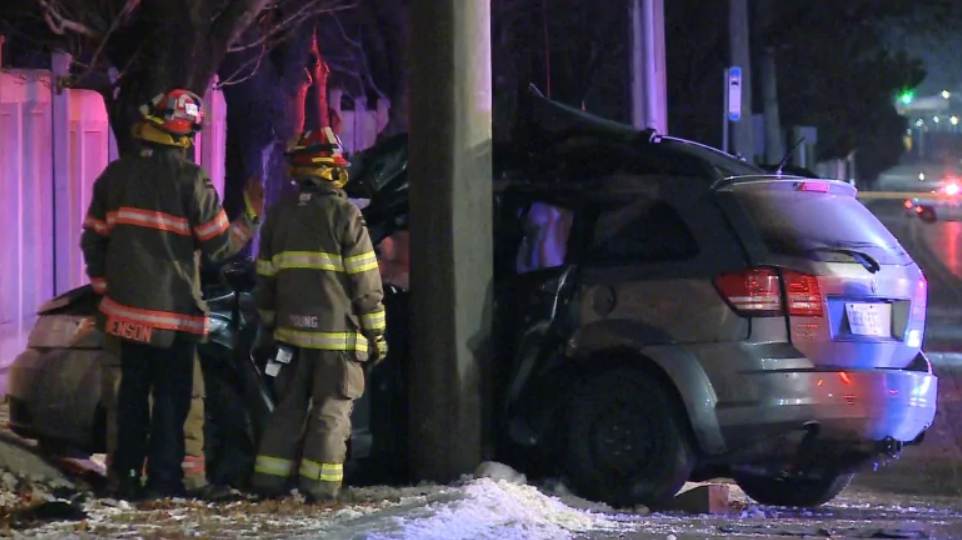 A man has died in hospital after the vehicle he was driving slammed into a large concrete pole in Brampton early Sunday, Peel police say.

The single vehicle crash happened on Dixie Road south of Clark Boulevard. Emergency crews were called to the scene at about 2:25 a.m.

The driver was the lone occupant of the vehicle and was rushed to hospital in life-threatening condition after the vehicle crashed into a pole. He was pronounced dead in hospital a few hours later.

Peel’s major collision bureau is investigating the incident and has closed off the intersection of Dixie Road and Clark Boulevard.