The first two community clinics for the COVID-19 vaccine in Brampton and Mississauga are to be in “a clinic-ready state in early February as planned,” according to Peel Public Health.

Clinic-ready means that the clinics will be “ready to operate.”

“When they will be operational is dependent on vaccine availability,” stated Peel Public Health in an emailed release.

The first two sites will be at 10 Peel Centre Dr. in Brampton and 7120 Hurontario St. in Mississauga. These are for health-care workers.

An additional three sites are slated to be clinic-ready by early March.

“These clinics will be for priority groups, based on vaccine availability and by appointment only,” according to the Peel Public Health statement.

There have been delays in the delivery of the two approved vaccines by Pfizer-BioNTech and Moderna. It’s feared that the Pfizer vaccine could be delayed further due to new export controls put in place last week by the European Union.

Mary Ng, federal minister of International Trade, said she was reassured that the EU wouldn’t delay Canada’s vaccine deliveries, although critics have questioned why this assurance was verbal and not in writing. 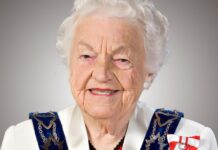