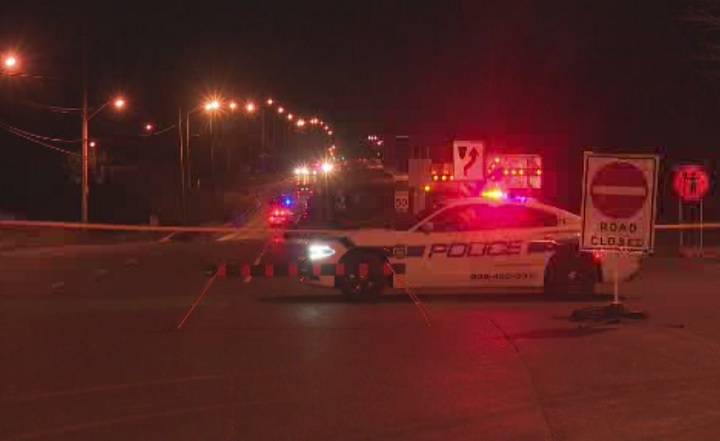 Police and paramedics responded to the scene at Dixie Road and Bloor Street around 8:45 p.m. in Mississauga.

A man suffered life-threatening injuries and was pronounced dead en route to a trauma centre. He has since been identified by police as a 41-year-old man from Mississauga.

Meanwhile a short time later, emergency crews responded to the area of Queen Street East and Mississauga Road around 9:30 p.m. in Brampton.

Police said the victim was crossing the intersection when they were struck and killed.